Originally from London England, now residing in Colorado USA, Jack Aisher, aka “jackLNDN,” is a multi-talented, versatile artist who manages to combine a variety of musical styles effortlessly. And the result of his work is — the only thing you will notice is the smooth and pleasing result:

He incorporates soulful house, progressive & deep house, and melodic house, adding a layer of his own vocals over the top:

His music has a subtle richness, with delicate overtones and timbres, reminiscent of a classic progressive house style (as you can hear on the track, “Return”):

His latest “house-infused single” is ‘Deep Space,’ just released on May 6th.

And here is an example of Jack’s DJ sets (his performance at Burning Man’s virtual experience, Infinite Playa 2020): 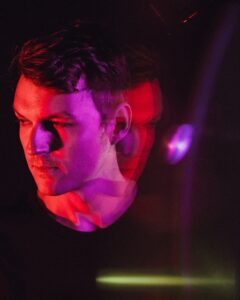 Born in London and now based in the USA, jackLNDN released his latest single, ‘Deep Space’ on the 6th of May via Jack’s House. The single follows the previously released hits ‘Perfect’ and ‘Return’. The producer is celebrated around the world, having performed 2 North American Tours with Goldfish and with The Funk Hunters as well as appearing on stages in Canada, Europe, China, Japan, South Korea and beyond. His own sound maintains this depth while calling to mind modern contemporaries such as Ben Bohmer, Jan Blomqvist, and Yotto.

Beyond the world of traditional production styles there lies jackLNDN’s latest single rhythmically twisting and turning in ‘Deep Space’. Melding percussive melodies with rolling basslines, we’re taken along on a journey of spaciousness synths and adventure as the single captures both the mind and soul of the wanderlust traveler.

jackLNDN tells us about the inspiration behind the single: “I tried to write a soundtrack that felt like you were flying through space on a voyage into the unknown. Mixing organic world sounds, with electronic undertones I was hoping to convey a sense of natural beauty and simultaneously create the feeling of an epic journey through an otherworldly landscape.”

Other live appearances include Lollapalooza, Shambhala, Lightning in a Bottle, Mysteryland, Electric Zoo, Moonrise, Dancefestopia, Hangout, Global Dance, Tomorrowworld and What the Festival. In the digital world, jackLNDN has earned over 60 million plays across platforms and has been supported by Billboard, Mixmag, Your EDM, Dancing Astronaut, Insomniac, Magnetic Magazine, This Song Is Sick, Earmilk, Deep House Amsterdam, Run The Trap, and Nakid to name a few as well as BBC’s 1Xtra Daytime and BBC Radio 1 with Pete Tong and Diplo & Friends. The producer has been featured on the well-known Youtube channels Ultra Music, Mr Suicide Sheep, The Vibe Guide, House Nation, MrRevillz and Selected.

Born and raised in London, UK, Jack Aisher currently lives in Lafayette, Colorado where he crafted remixes for legendary artists such as Emancipator, Lettuce, and The Polish Ambassador. The producer developed a love for music at a young age, began piano lessons at age 7, and not long after went on to join one of the best choirs in the country which would lead to live performances for the Queen and her family in Windsor Castle. A little while later and jackLNDN would find himself captivated by the progressive world of electronic music, while still finding inspiration in the deep emotional intimacy of the more classic works of James Blake, Earth Wind & Fire, and Frank Sinatra.