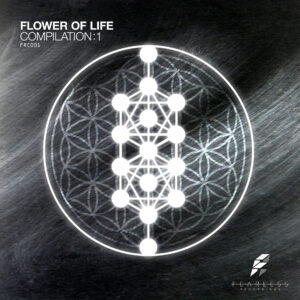 We’ve returned thus thrice, with the Special 1st Anniversary release to celebrate 1 year of Fearless Recordings.
We hope you enjoy this wonderful compilation.

Buy it now on Beatport

Born from Japan,Kobe.He was interested in classical music in his early teens.
In his college and graduate days,he studied Mahler’s symphonies and modern and contemporary classical music.

During the same period,he started to listen and compose techno music by my friend’s influence.In those days he love English techno.

After college he moved to Sapporo.And he often started going to the club.So he started to listen and compose minimal style techno and Detroit techno.

DJ,Producer(Techno,House)
LOCATION: JAPAN
STATEMENT: birth in Yamaguchi, Japan.
The impact was received hearing YMO and KRAFTWERK at the age of 16. And, the tune was made and it began to make the tune at the age of 18.
Playstyle Techno and Minimal and Ambient.
The Detroit techno is influencing me and travel that looks for music continues.

JAMMY (JP) aka Ms.FUJI is a female DJ and Melodichouse ･ Deephouse Techno producer based in Japan.
Her bright red hair is a trademark.
She is the organiser of “Light House Fukuoka” (a tech house / dance music party event series), and resident DJ at Bijou Fukuoka.
“Cinematic and emotional, like a movie,” Ms.Fuji has had releases on Glasgow Records, Kiko Records, and Oxtech Records. She’s received DJ support from Solomon, JP Lantieri, and others. She has also DJed at various events, DJ school and parties in Japan (including fashion shows, even basketball and rugby world matches!)

U:ICHI (Sprout / Sincopat / WEAVES , Japan)
U:ICHI started his career as a DJ in an urban city, Okayama.
He soon begun playing at a biggest club in the town and went on a distinct stance as an organizer DJ. In 2008, he began DJing in Tokyo. U:ICHI ambitiously aims to achieve cross over of genre-less fusion which are segmented in party scenes, with “all around house” as the keyword.
He plays constantly at famous venue representing Tokyo , and can select exact tracks backed up from more than 15 years of career, excellent mix and effect work was trusted .
Crowd feel energy that accelerates to peak time and sympathy like the party’s euphoria and incompatibility, and synchronize all air with his sound.
In 2013, he launched his own organized party “WEAVES” at WOMB, AIR , ageHa ,VENT.
Having warmed up for many of the world’s top DJ’s such as Dosem, Coyu and Uner, his melodic sound has earned him a well-respected following.
Also, he is expanding his field of performance worldwide as proved from gigs in Spain and German.
In December 2017 , He released 2nd EP named ’Melt Light EP’ from Solar Distance run by Uner.
His expertly crafted EP is a fine example of what this incredible artist is all about, and why he is drawing attention from all four corners of the world.
He is one of the emerging artists with the passion to WEAVE (to connect), named for his party, and will be the one who will heat up the party scenes in Tokyo.

When she was kindergartener, Liggy liked “Cosmos (TV Series)” very much. Because, Vangelis’s Synthesizer sounds felt like the Universe to her. She awakened to House music in high school. Her musical backbone was influenced by her father, where there was the influence of jazz. classical, and New Age music. All of these sounds influenced her own track making.

After that, She started spinning at various clubs, but I retired from DJing due to the flow of the scene. However, since 2011, we have started online distribution of DJs on “Second Life” of Metaverse and continue to the present. Her specialty is melodic house & techno, and progressive house, and she spins various music.

Started composing music with synthesizer and PC when he was in high school.
At the age of 20, in parallel with his band activities, he produced Techno/House club music.
Between 1995 and 2000, he produced BGM for multimedia contents. Also worked on PR music for major companies.
He took a break from music production for a while.
In 2015, he resumed his musical activities, producing mainly Techno, Tech House, Acid House, etc., and releasing them on iTunes, Spotify, Beatport, Traxsource, etc. under the names Sarufaromeo and The Pulse69.
In the spring of 2019, he launched his own Techno/House label, PluseWave Records, and has been releasing not only his own works, but also those of other talented artists from Japan and abroad on major distribution sites such as Beatport and Traxsource.
He also works as a DJ and remixer.

Started DJing in 1996. He is known for his groovy DJ play. I mainly play at parties that I organize.
Since 2003, he has been based in Fukuoka. I have a label, Fired UP RECORDS, which releases only analog records.
I have released 10 records so far, shifting styles from trance, hard house, techno, minimal, and so on.
He also operates Fired UP STUDIO, a rental music studio specializing in dance music production.

Japan,Kansai based DJ, Techno/Acid Producer. He began recording at the turn of the 2010’s.

A unit formed in 2015 by STANLLIE and BARBIE.
They fuse their mutually cultivated DJ styles to create a Balearic mix of Techno, House and Trance.
– STANLLIE –
A dance music traveller who started DJing with the birth of house music and is constantly pursuing new sounds and the possibilities of what can be communicated through music.
– BARBIE –
Started DJing in 2005.
Born and raised in Fukuoka, he moved to Tokyo in 2022.
Plays Progressive, Hard Techno, Techno, Trance and more.
Has DJ experience outside of his hometown Fukuoka, including Saga, Kumamoto, Kagoshima, Tokyo, London (UK), Split (Croatia), Manila and Boracay Island (Philippines).

Made a DJ debut in Osaka in January 2018.
Among many appearances at ALZAR OSAKA and Club Joule.
In just one year,he acted as the opening act of the main stage of DUBFIRE’s performance at the party “YOU ARE HERE” in Osaka.
From 2019, the activity base will also move to Tokyo and appeared at WOMB and VENT BAR.
He appeared “Anjunadeep11 Release Party” in Osaka.
Play genre is Melodic techno, Techno, Good at mixing beats and melodic developments.
As a Producer, he participated in the compilation album “JOULE OSAKA SQUAD”.
In 2020, “ABYSS” will be released from White Music Records in Chile.
Also in Argentina Released the first EP “Forst EP” from Obscurité Records.
In 2021, Subhills released “Sorcery EP”.
In October, EP “Arcana” was released from Italy’s Three Hands Records,which was also released by Erly Tepshi and Adamant.

DJ & Producer based in Sapporo, Hokkaido, Japan.
Most of her activities are based around her electro unit ‘Pessaelectro’ with her husband Hiroki Esashika, which has gained a strong fanbase.

Born and raised in Osaka Japan.
Started making techno tracks around the 90’s, influenced by dub techno.
In 2010, he started the digital label Different10.
Currently releases music mainly on bandcamp, and also performs live and DJs.
He also releases microhouse music under the name “minimS”.

DJ and composer based in Osaka, Japan.
He hosts the Progressive Channel on DI.FM, runs the label ZODIAC13 and is A&R for Fearless Recordings.

MASTER MASTER is the one of popular and veteran techno producer based in Japan.
He has been soaked into techno production since mid 90’s, and had released 4 albums from own label / hyper master recorders.
MASTER MASTER’s productions are introduced in radios internationally such as [BMU91.6Hz] Sweden, and name a few.His EPs and remixes were released by many labels including BUSH RECORDS London U.K.His live act is absolutely markable as well as his productions. He released 5th album from MULLER RECORDS Berlin. And His new album released Jan. 2020.
His EP won 1st place on Beatport’s Hard Techno Chart.
He is the “Master” to maintain the floor full enthusiasm.

Takashi Sasaki (Converge+) He has released more than 50 Techno and House tracks under his solo name and unit Converge+ from major labels around the world including King Street Sounds/Nite Groove in the US and Baroque Records in the UK. In recent years, he has been performing live, improvising and programming synthesizers and rhythm machines to create ad-hoc tracks. He has also created lighting that responds to music, and programs that convert sound into images in real time. He is exploring a live performance style that affects the visual as well as the auditory senses.