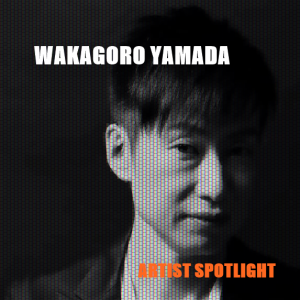 In December 2016, charterhouse records suddenly appeared in the scene with the first EP, “When You Touch Me” was ranked 51st in the electronic category of the iTunes Store. Debut EP “Don’t Make Me Wait EP” charterhouse records, released on July 29, 2017, ranked 19th in the dance album category of the iTunes Store. Get a good reputation from all over the world with a good House Music Album.

The DJ creates a groove and sensational sense of unity on the floor in a balareric style of reliable theory and genre-free thinking that is not bound by the genre. Jazz’s unique interpretation and sense make it an emotional, storyful space that looks as if it looks like a landscape, and has a reputation for creating a colorful space. He has appeared at many various genres of parties, mainly at House, and has been active widely as a DJ.

Sugiurumn “AI am a boy.” held in 2017, about eight months after starting dj Release Party “AI am a boy (girl)” After serving as the opening DJ for the VIP LOUNGE at Womb, he has been offered as a DJ regardless of the big box or the small box.

From March 2018, at Dimension Tokyo in Shibuya, the balearic house party of the topic is full of hospitality [Smile!] Organized by. Starting with the launch of [Watusi] to the guests, [DJ Saimura] [Yukihiro Fukutomi] [NAZWA!] [Omodaka] and summon gorgeous artists and DJs every time and hold it at a pace of about four times a year.

In March of the same year, with Issyo, aiming for a psychedelic space beyond the genre in search of new possibilities of his own expression in DJ, and Vinyl aimed to experience the emotional, balearic and experimental beating of the floor. DJ Unit [Modern Trip Orchestra] was formed. He has always been challenging innovative and delicate play styles, such as aggressively incorporating Footwork and Voodoohop, and his own DJ has also gained a reputation for further width and depth.

“When he’s there, the temperature of the party goes up by two to three degrees,” adding that the organizers are also very trusted, and he’s already one of those people who’s going to put a stone into the scene because of his sincere commitment to track make-up, DJ and party.