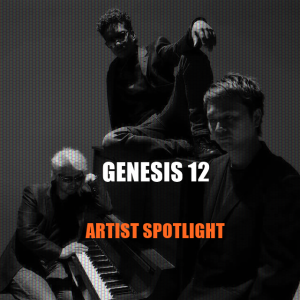 Once upon a time, at a high end of heaven , a different realm from our world, ”music” was without form.
Spirit of God was hovering above the surface of this realm.
And God said ”let there be light” and seperated light and darkness.
Spoke to the light ”light up the darkness of human mind which is a chemical substance called ”music””.

God saw this music, that it was good blessed the musicians and its followers and said unto them ”multiply and replenish the earth”.
taught them to ”Love another” for love is the only way to conquer hate and fear.
Conquering such darkness following the masters teaching we shall be ”Gods” and shall rule the new planet of hope.

Some say this new planet exist inside of us… but yet still is unknown.
Now archangels Sean, Kirk, and Ricky also known as ”Heroes from the east” was full of passion and ideas.
Sean one day brought his piano based music piece ”Fuyu no tsuki” translated ”the winter moon” to Kirk who is a singer also melody maker.
Kirk was astonished at his song, soon introduced Ricky which is the achangel of arranging and reproducing in the east,
arranged it into a whole another leveled sound.
With Seans classic charismatic piano plays and composed music, Ricky’s re-arrangement and incredibly high skilled productions
and Kirk’s black soul tasted melody and voice,
forms new and unique trendy but homesounding sounds of Genesis 12.

GENESIS12 & MIWA – Only One [Pineapple Digital]

From her early age, she grew up in a classical music family, trained with piano, flute, and violin.

Though as she grew older her interest was dance music and started appearing as dancer/singer on TV shows and live shows.

Through a demo tape audition she met Goto of rock band Plagues and started track making together, and released few CDs in Japan.

Later she began unit “BRAVEBIRD”, as a singer, songwriter and track maker. The released tracks were used in fashion brands, Beer and other commercials.

As studio work she worked as singer, lyric writer and composer with artists such as Yugo Kanno, who is famous for Japanese Movies and TV soundtracks,

Joi, Cargo (GOKU), Namy and Ricky who are famous in the club scene, with her native level of English and vocal skills.

In 2012, wold-known house artist Chris Brann of Ananda Project reached her from Sound-cloud and collaborated on a track,

and she made appearance in their live show in Japan @club eleven, where her name gained great attention.

From 2013 she started uploading her new production of tracks on Sound-cloud as solo artist “MIWA”,

and with each new tracks she was offered worldwide releases from

The latest “Only One” from Pineapple Digital reached No. 1 in the Beatport chart.

She also makes appearances through lives, collaborating with Namy, who is famous in Traxsource and US bill board charts, and was on stages such as OnAirEast, Eleven, Jicoo and other famous clubs in Tokyo. Lately she is making music for commercials and film soundtracks in Japan.

Her gifted composing talent and sexy whisper voice is to be known worldwide, capturing the hearts of listeners.

Genesis 12 feat. MIWA – Over the Mountain