Early pioneers of the “progressive trance” sound, The Blizzard, consisting of Lars Nyheim and Tore Vatle Jensen from Norway, have been together as a duo since 2007. Since then, they’ve produced many releases for some of the world’s biggest electronic music & trance labels (Armada Music, Anjunabeats, Future Sound of Egypt, and Pure Trance).

They have their own radio show, “Point Zero,” focused on delivering progressive house and trance hits:

I first heard The Blizzard’s music back in 2008, when Armin van Buuren played their re-mix of “Beauty Hides in The Deep” on his ‘State of Trance’ show:

This track was also included on the awesome compilation, “Ibiza Trance Tunes 2008,” released on Armada Records (which I remember buying on iTunes): 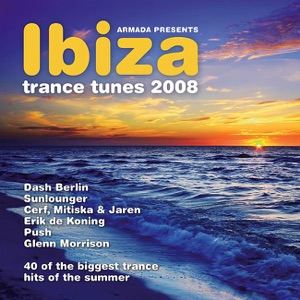 In addition to producing, Lars Nyheim is also the DJ of The Blizzard, and has played at various events and concerts around the world – A State of Trance and Luminosity Beach Festival in the Netherlands, Club Volume in Seoul, and at Seasons of Trance and Trance Night in Norway, to name a few.

They have a burgeoning supporter community on Patreon, where they offer backers exclusive first-access to new releases, special extended re-mixes, and even access to original stems and Ableton files used in their productions for top-tier supporters.

This live set (recorded in Norway in 2016) will give you a nice intro to The Blizzard sound:

*And here is a vintage classic from Armin van Buuren featuring Fiora, “Breathe in Deep,” The Blizzard Re-Mix: