Does your kick get through? Does it irresistibly make you want to tap your feet or even stand up and dance? Or is it weak, mellow, lifeless?

You know it: a kick can make or break a dance track. The wrong kick, and your otherwise excellent track can totally lose its impact.

Let’s review several techniques which will make your kick outstanding.

This is an acoustic kick drum. Let’s see if you can do better with your electronic one

Which volume level do I start with?

If like many producers you start building your track with the kick, start low enough, e.g. -12dB or even -15dB, so that you get plenty of headroom to play with its volume later when you add more sounds to the track (note that I heard this from Nicky Romero himself at ADE a few years back; this guy does know a thing or two about kicks in dance music).

What processing should I use to make my average kick sound awesome?

If you start with a mediocre kick, whatever processing you’ll apply will make it sound average, maybe OK, but not very good (and you are looking for excellence, are you not?). Your source material must be impeccable, then, once processed, it will become absolutely outstanding.

I have a quite good kick but it lacks solidity. How can I improve it?

There are many things that you can do. Here are some quite common ones.

EQ is one of your friends. If you can determine the main frequency of your kick, you can give a little EQ boost at this frequency. But be verrrrry careful, as it’s a fast way to clipping!

If it lacks solidity in the lower frequency spectrum, you can double it with a simple sine wave from any basic synth. This sine wave has to be tuned on the same key as the kick (yes, kicks do have a key, and good producers will often choose to make this key fit with the key of the track). You’d have to play with its volume, decay, duration and release until it blends with your other kick to give this push in your stomach.

You can also layer a second kick which has a different sonic signature. In this case, each of the 2 kicks has to fill a purpose. One is for the low end, the ooomph which you feel more than you hear, the other one being for the mid or even mid-high range (yes, your kick is getting through with these frequencies more than with the very low ones!)

You can also still use just one kick, but separate it into 3 sub-channels with 3 different processings: one for the low end, one for the mids, one for the highs, and play on their respective volumes until you find the perfect blend.

Also try to give it a little EQ boost somewhere between 1KHz and 3 KHz. This can make it more snappy and can make it cut through a busy mix.

You can also apply a little bit of distortion on your kick. Just a splash to give this extra presence.

I have layered two kicks, and they seem to have become weaker, what’s happening there?

More than likely this is caused by phase cancellation, which is where the kicks fight each other in the low frequencies. In effect, one is trying to push the speaker diaphragm forward at the same time as the other is trying to pull it back, and vice versa. To overcome it you can reverse the phase of one of the kicks, i.e. reverse its push-pull direction (you must have a tool allowing that; your DAW is very likely to have such a utility), or you can nudge one of the kicks a few milliseconds ahead or behind so they start working together again. For this approach, try different settings from -1ms and bigger, then from 1ms and bigger, until the sum of the two kicks is the loudest.

My kick is in my ‘drums’ group or bus, but I have some difficulty to adjust it with the other drums. What should I do?

Simple, remove it from this ‘drums’ bus and leave it on its own (or if you have stacked some kicks, make a bus or a group just for the kicks).

The kick is so fundamental in dance music that it needs to be processed on its own.

I’m always struggling with sampled kicks, is there another way?

Yes, if you don’t get a good kick from samples, use a kick generator software (e.g. Sonic Academy Kick 2, which I’ve been using for a few years now, and which does cut the mustard) 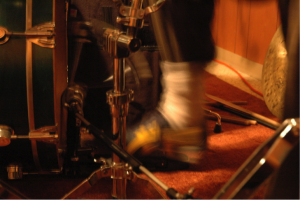 We have reviewed here above an arsenal of tricks and techniques to make your kick sound much better. Do try some of these, and be excited by the end result.