‘Raised in The Dark’ – a bass heavy breakbeat EP with dark atmosphere and fat beats by Spanish producer Jiro. Stream or Download 👉 https://fanlink.to/eshot077 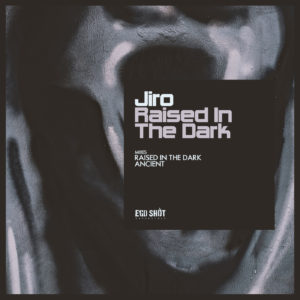 Juanma a.k.a. JIRO began his DJ career influenced by bands like Leftfield, The Prodigy, The Chemical Brothers, Aphrodite, Freestylers, and Orbital. He started in 1999 djing at underground parties organized by English collectives based in south Spain. From there, he grew up listening to jungle, trance, garage, trip-hop, acid techno, drum&bass, and of course, breakbeats. Since then, he has played at numerous festivals and clubs.